Chicken pot pie is a labor of love! It involves a few steps but the final result will be fantastic! Promise! The first thing we will need to do is make a great broth that we will later convert into a tasty gravy. We will then cook the veggies and mix everything up. This recipe calls for puff pastry which is readily available in the supermarket freezer. You will have to thaw it in the fridge before you use it. So here we go:

Rinse and pat dry the chicken breasts. Cut them into four pieces each. In a small bowl mix together the Rosemary, thyme, oregano and sage. Season the chicken generously with salt and pepper. Rub the breasts with the herbs.
Heat a large, heavy pan with some olive oil. Add the chicken breasts and brown evenly on both sides. Discard any extra fat. Place the onions, carrots and celery on top of the chicken. Add the broth and bay leaves. Bring to a boil and simmer for 30 minutes, until chicken is cooked through.

Remove the chicken from the broth. Discard the bay leaves. Let the chicken cool down and cut into cubes.
Let the broth cool down a tad and strain it into a bowl, making sure to mash the vegetables in the sieve. Discard any left over vegetables.

Place the onions in a bowl and cover with warm water. Soak for 15 minutes. Peel.
Heat pot and add some olive oil. Add the onions and cook until lightly browned on all sides. Add the carrots and saute for about 10 minutes. Add the peas and mix well. Add the water and season with salt and pepper. Bring to a boil, reduce heat and simmer for 12 to 15 minutes. Remove the vegetables with a slotted spoon and add to the cubed chicken. Add the vegetable broth to the chicken broth.

FOR THE GRAVY:
Place the broth in a small pan and bring to a soft boil. In a cup, whisk together 3 tablespoons flour with 1/2 cup of the broth. Gradually whisk the diluted flour into the remaining broth. Whisk constantly until the gravy thickens.

FOR THE PIE:
Preheat the oven to 375 degrees.
Gradually add the gravy to the chicken and vegetables and mix without mashing the vegetables. Place the filling into a pie pan. Remove the thawed puff pastry sheet from the refrigerator and stretch out with a rolling pin. Cover the pie pan with the puff pastry. Using your fingers press the dough against the edge of the pie plate, making sure to seal it well. Cut the excess puff pastry with some kitchen scissors or a sharp knife. Pierce small holes in the dough.

Place the pie in the oven and bake for 40 to 45 minutes until filling is bubbly and puff pastry is flaky and browned. Remove from oven and allow to sit for 10 minutes. Slice and serve. Enjoy!

Written By
Mary Ann
More from Mary Ann
These pan seared pork chops are finished off with a little wine...
Read More 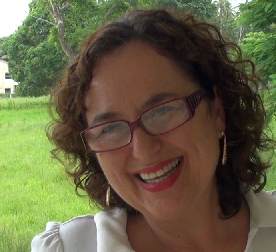